Week 7: Navigation. It was a lovely day, the sun was shining, the trees stood tall and we were ready for our mini-troopers. However, as they stepped off the bus and formed into three ranks, we could see straightaway that they were a bit flat after the half-term break and needed re-energising. So, after a quick run to the tree line and back, they were warmed up and ready to go.

We went over the rules and issued the kit that would be needed for the day, although the sun was shining, there was a crisp chill in the air so we issued hats, gloves and an extra layer of clothing, before explaining that today was going to be all about map-reading and orienteering.

Working on building the mini troopers’ communication skills, we held a group discussion about the purpose of a map, types of maps they had seen and used and what sort of details can be found on a map. I asked them to close their eyes and mentally walk through the steps they would take to get from their house to a friend’s or relative’s, making a mental map. We went on to transfer this information onto paper, creating individual maps. 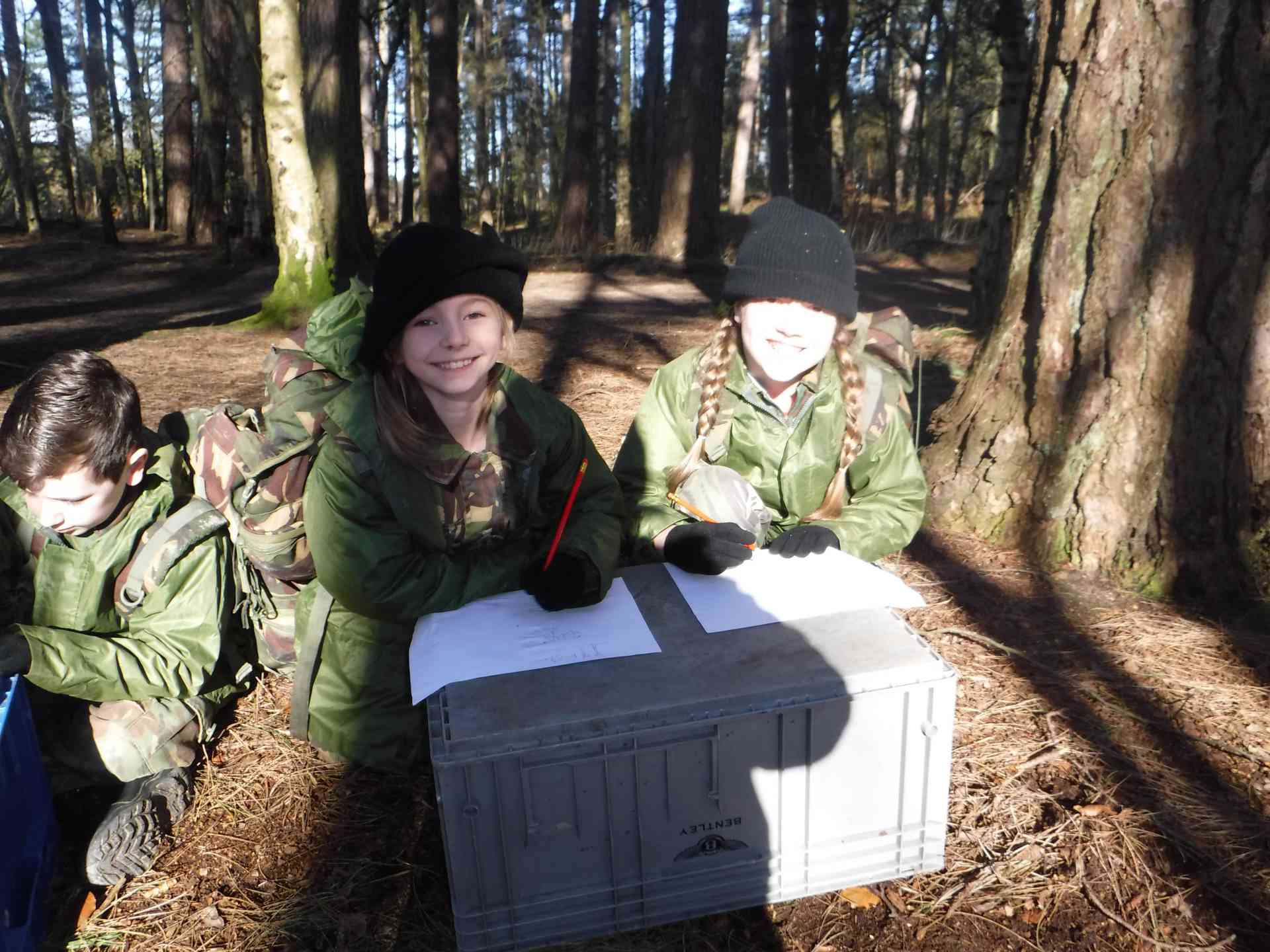 JT said “My best friend moved to Australia and I wanted to draw my map to his house but I ran out of space when I got to John Lennon Airport.

After this we moved onto model maps and, as a group task, the mini-troopers worked together to create a model of their school, using materials to be found on the ground around them – sticks, acorns, branches and ferns. They worked hard to create their model map of the school they love, working very well as a team, communicating and sharing ideas on the best materials to use.

SN said “Building the model was so much fun.”

We were particularly impressed with the detail they put into the model, even remembering the bike racks and the
trees in the playground. 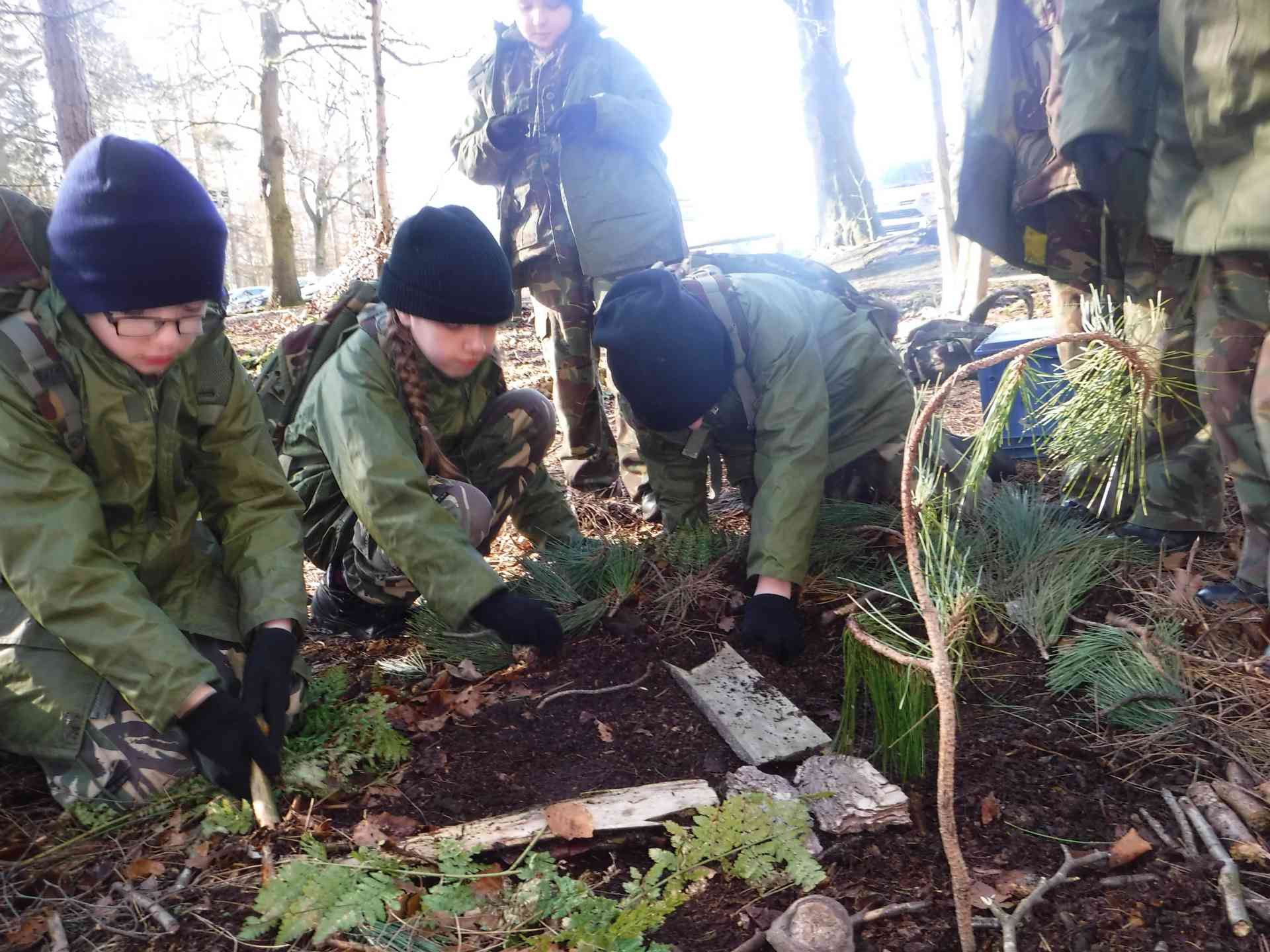 “You don’t expect them to notice those little details,” said the teacher.

Moving onto orienteering and how to “count pace” of 100m, we had the mini-troopers work on application of number. Some of them struggled with this, whilst others impressively took to it like a ‘duck to water’. Helping each other out, they studied the map of Delamere Forest, identifying where they were located and, in a mini-exercise, followed the route we set out, keeping the map orientated. They also walked 100 metres, calculating how many steps it took to walk the distance.

“MM really stood out on this task,” said the teacher “he grasped it so quickly and was keen to help the group to work it out”.

After lunch we headed to the beautiful lake, where we split the mini-troopers into two groups and headed off to do an orienteering task. They had four locations to reach. At each one an item was to be collected, with all four subsequently being used to make a cup of hot chocolate. Faces lit up and the mini-troopers were excited to take the lead; each would have a turn leading their group. Competitive as always, the twins fought it out as to who would go first. For me, SN and KG really impressed; ordinarily they would hang back and let others lead, but today they stepped up, volunteering to take control and lead their group.

MM, whom I mentioned earlier, was keen to help and kept up a good walking pace. He really stepped into a natural comfort zone and excelled in this task, impressing me with his teamwork and patience. 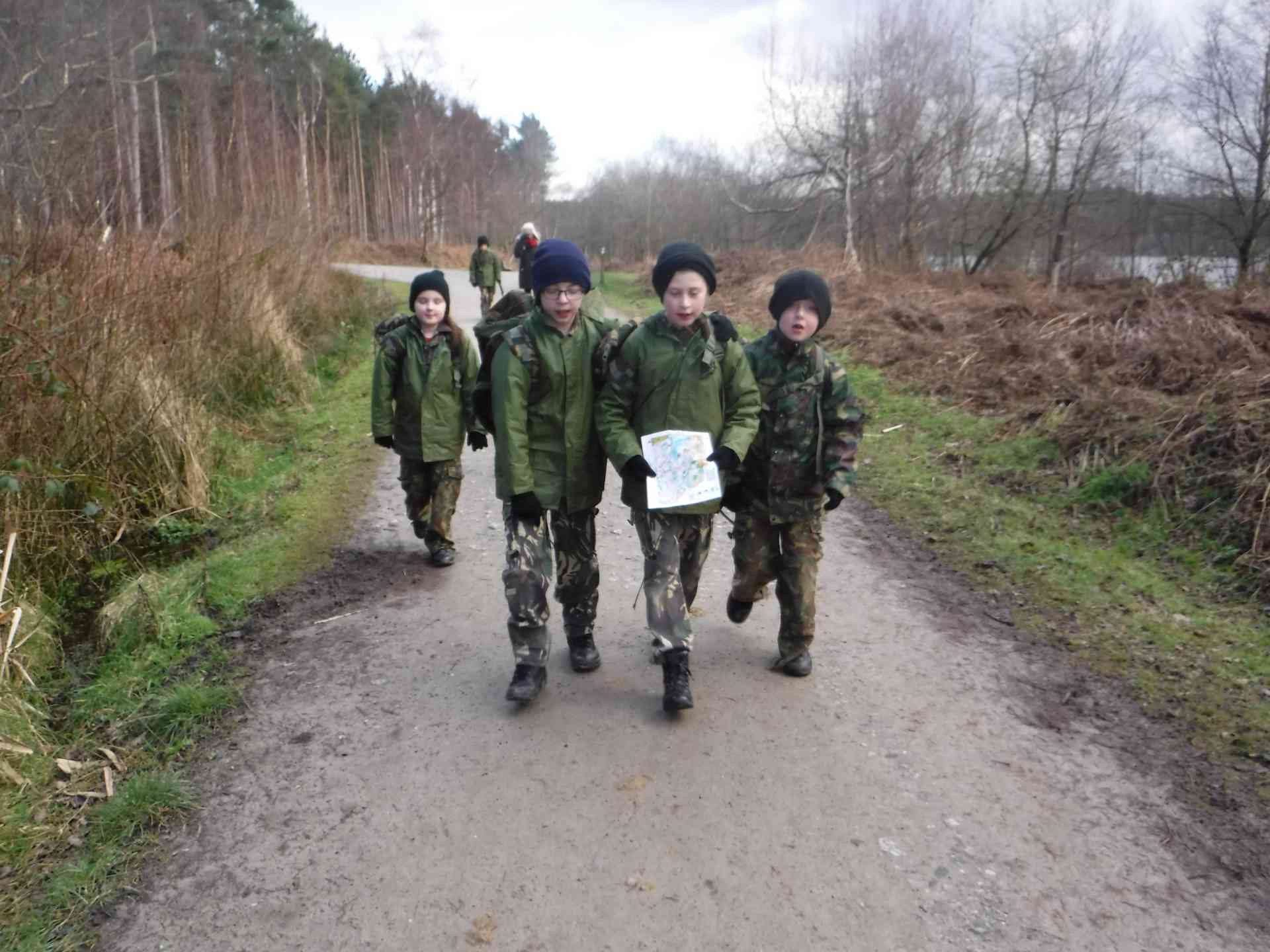 The weather was on our side and the sun was shining brightly, and there were moments when we just stopped and discussed how beautiful the setting was; tall trees and a lake filled with rowdy ducks. We watched as the sun bounced off the water and created a really breath-taking scene.

Towards the end of the task, the mini-troopers started to tire. However, with our encouragement, they pushed on, successfully finding all the items needed to make that well-deserved hot chocolate.

A teacher commented on how well JA responded to positive praise. “He can have a tendency to lose concentration and his attention sometimes turns to mischief, but giving him the responsibility of leading the group and praising him on his efforts really kept him focussed”.

We could not have asked for a better day, with the weather and location being so picturesque. After a slow start, it didn’t take us long to shake off the half-term malaise and refocus. The mini-troopers all commented on how the much they enjoyed the day. For me, the stand-out moments where when they grew tired but continued to push through regardless, showing their determination and grit. DM can struggle when adapting to new environments and has an issue with dirt and the outdoors. Today however, he said that when he’s older he would like a job like the instructors of Challenger Troop, which really made me smile.

I hope you all enjoyed reading about our adventures. Next week we will be preparing the mini-troopers for their residential. I look forward to writing to you all about that too. If you would like to read previous week’s blogs, please click HERE

If you would like more information on how our programmes support young people, please call us now 0845 548 5070 or click HERE